Rinpoche’s early education came from his father, a well-known lama and the lineage holder of the Latri lineage, in the Kham region of eastern Tibet. Further education came from Tsultrim Nyima Rinpoche, the lama of Dorpatan Monastery in Nepal. Rinpoche later entered sMenri Monastery in Dolanji, India, the main monastery of Bön religion and education. There, he was taught by His Holiness Lungtok Tonpai Nyima Rinpoche, the 33rd sMenri Trizin (abbot); His Eminence Yongdzin Tenzin Namdak Rinpoche, the Lopon (head teacher) of all Bön education; and master Geshe Yungdrung Namgyal, a teacher of the Bön Dialectic School at Menri. At the request of His Holiness Menri Trizin, Rinpoche founded and is the President of the Bön Children’s Home in Dolanji, India, that provides housing, clothing, food and education for orphaned and underprivileged Bön children from northern India, Nepal, Bhutan and Sikkim. He is also the Vice-Chairman of the LAC for the Central School for Tibetans in Dolanji.

Rinpoche was the first Tibetan Bön monk to teach Bon in the United States. Rinpoche has adhered strictly to the authentic Yungdrung Bon texts and teachings as passed down for thousands of years. He is the author of Opening the Door to Bon, the premier guide to the Ngondro practices for Western students of Bon, as well as his second book, The Inner Mirror, about A-tri Dzogchen. Rinpoche has taught Bön teachings in the U.S., Europe and Asia since 1989. Rinpoche is an immensely respected monk and teacher throughout the world for his authoritative, compassionate, and engaging teaching of Bön, and his ceaseless service to Bön.

He is the founder and Spiritual Director of Yeru Bön Center (headquartered in Minneapolis, with a branch in Los Angeles); Shen Chen Ling Bon Center in Minsk (Belarus); Sharza Ling Institute in Poland (with headquarters in Poznan and a retreat center in Pyszki, Poland); the Bön Shen Ling Center in Moscow; the Bön Shen Drup De Center in Kharkow, Ukraine; and Yeru Canada. Rinpoche is currently supervising a stupa construction project for world peace at the Kungdrol Ling Retreat Center in Thailand. 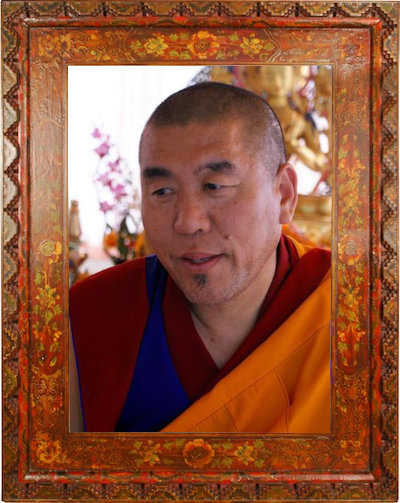 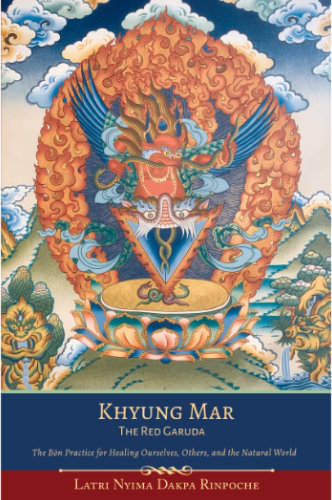 The Khyung Mar Tantra presents one of the profound healing practices of the Tibetan Yungdrung Bön tradition. As part of the Father Transmission of Bön Secret Recitation teachings, the practice focuses on the Generation Stage of tantric practice—visualizing oneself as the Red Garuda, visualizing the invited Red Garuda deity, and sending the lights and energy of wisdom and compassion to all in need. While this practice is one of the primary healing practices in Bön for any condition, it is especially meant for healing sickness and other harm caused by the lu, spirits of the water. As the central practice of an enlightened yidam deity, it not only provides physical and emotional healing, but guides practitioners toward the non-dual state of unification with the deity’s enlightened mind, creating a clear path of inner awakening. 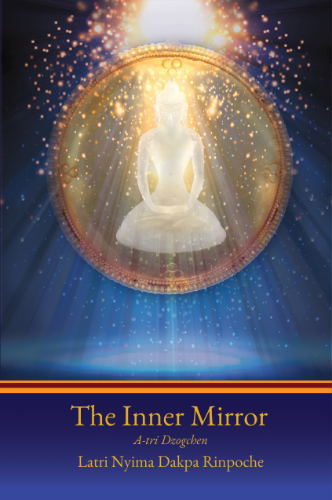 From the author of Opening the Door to Bön comes a detailed commentary on the A-tri system of Dzogchen, one of the three main transmissions of Dzogchen in the Yundrung Bön tradition. Dzogchen (Great Perfection) teaches us to discover, and continue within, the non-dual, primordial, natural state of mind. While this commentary draws on many texts, it particularly looks at the Fifteen-Session A-tri Dzogchen. Rinpoche takes us from detailed descriptions of the preliminary practices of ngondro, through the actual meditation practices of ngozhi, to the fruit of the practices, the achievement of final liberation and the rainbow body of light. Purchase from Yeru’s publishing partner, Dream Abbey, or any of the other retailers below. 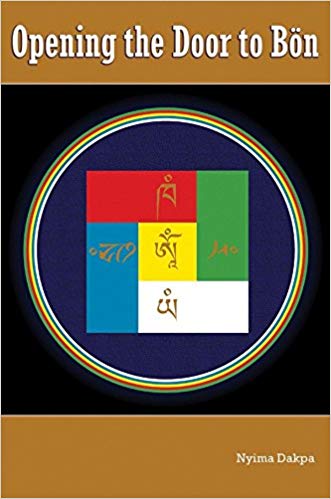 Opening the Door to Bön

Bön, the ancient pre-Buddhist religion of Tibet, is still practiced today with a rapidly growing number of readers interested in the shamanism and magic that are part of its complete path to liberation. Full of practical and explicit instructions, this handbook for Westerners details the outer and inner fundamental Bön practices. This volume is part of a first wave of Bön books that are finding an enthusiastic North American audience.